Justin Farren: Our Studio, Ubisoft Singapore, is basically building this game on our core technology, that we have developed for the last ten years as a studio. We started with our background of working with the Assassin’s Creed franchise as a core development partner and all that really began in Assassin’s Creed 3 in terms of the naval experience. Starting with the naval missions on AC3 it let us do lots of stuff in the Caribbean in Assassin’s Creed IV: Black Flag, understanding exactly how the pirate fantasy works in that context. Coupled with our experience with Ghost Recon: Phantoms, which was our online free-to-play shooter, it made sense for us to merge those competencies to develop the pirate game.

Gamondo: Do you have any idea about the server size you will have? How many players will be able to join the server?

Justin Farren: We use dedicated servers and we are a live-service game so we want to provide a safe, stable and reliable experience for our players and that starts with our infrastructure. Each server is not bound by a fixed number of players, but we were making that decision based on gameplay. How fun is it to experience one, two, three or ten pirates and right now we’re looking at 10 pirates per server. The size of each of these maps, and we will grow our world month after month, year after year with new maps, is actually 4 times as big as AC4’s Caribbean. So, it’s 16 km by 16 km on every single map.

Gamondo: How many maps are you going to start with when you will release the game?

Justin Farren: We are going to start with one, the one you are playing here at Gamescom, and then over time, season after season, we will add new free content for players to experience, explore, discover and conquer.

Gamondo: Do you also plan on releasing singleplayer or solo content?

Justin Farren: Our game is always online, you’re never alone, but more importantly players decide how they engage the world. You don’t have to group, you don’t have to play with other people, but if you meet other players you can decide to group temporarily or forge long-term alliances. All of our campaign and story are woven into the multiplayer experience.

Gamondo: Do you also have a clan or faction you can join as a player?

Justin Farren: There are NPC factions that you can meet and encounter in the game, but you can also set up your own pirate gang. There is nothing more fun than sailing with your friends and building long-term pirate gangs that terrorize the trade routes. Competing with other players and gangs is a key part of our game.

Gamondo: Will the game only contain ship-based combat or will the player be able to exit the ship and walk around islands?

Justin Farren: In the Gamescom demo you don’t get to see the hideout which is the core of the experience, but it’s a land based experience where you are able to explore on foot as a captain. You will be able to create and customize your own captain with cosmetics. Your look, your gender, everything is customizable and explorable in the hideout, so you’ll be able to walk around to visit the tavern, hear your cruising shanty, meet characters, recruit crew members, customize your ship, design your ship logo and your own pirate flag – all those things are done on foot and in the hideout.

Gamondo: And you can also customize your hideout?

Gamondo: Will you have some lootboxes or microtransactions in the game, for the hideout or the character?

Justin Farren: It is a little too early to give specifics on the monetization system. However, our aim is to deliver a fair, balanced experience that allows all players to compete on equal grounds. We’ll share more information about our monetization systems later in the campaign.

Gamondo: Will the game release on all platforms?

Justin Farren: The game will be available on Xbox One, Xbox One X, PS4, PS4 Pro and Windows PC, yes.

Gamondo: Will we have text chat on PC and Voip on consoles?

Justin Farren: Absolutely! We want to make sure that every single platform has a way for players to communicate using both first party and ingame tools. On PC text and keyboard chat is the expected and standardized way of communicating and we will have that as well.

Gamondo: You have mentioned character customization, but can we also enhance our ship, level up or is there another kind of progression system in the game?

Justin Farren: If you have noticed in the demo there are ships that are tougher than you and are higher level than you, so you want to level up to be able to take on those AI ships. That’s not just levelling up your ship, but also getting rare and legendary crew members and legendary weapons which is all part of the progression as well. And you’re not just stuck with one ship, so you’ll be able to build an entire fleet of pirate ships that take on the world.

Gamondo: Will you also include raids into the game?

Justin Farren: They will be in the world, in the hunting grounds themselves. There won’t be a separate game mode, but those things can emerge and happen dynamically within a hunting ground. In the gameplay video we have shown at E3 and Gamescom you see that you have an opportunity to be face to face with really dangerous high-level specialized AI ships that are captained by pirate kings – legendary pirates that you’ll have to take down in every hunting ground with your friends.

Gamondo: Are those based on real people like Blackbeard?

Justin Farren: We created our own characters, but we have also drawn from history. We are not a historical simulation, so there’s no reason why we can’t bring alive any historical characters. I can’t give away who we are going to bring alive, but no one is off limits.

Gamondo: Will we also have a cameo of Edward from AC4?

Justin Farren: Skull & Bones is set in a different universe than the Assassin’s Creed series.. Our timeline starts around 1717 and every single season that timeline will be moving forward, the world will evolve, change and adapt. With that history, new technologies will be introduced, new types of weapons, new crew members, new kingpins, new regions, everything will be moving forward, so hopefully our players will stay with us from the very first day and feel like they are part of these important world changing events.

Gamondo: Since you’ve mentioned that there will be free DLCs, will there also be paid DLCs?

Justin Farren: We don’t know yet. We want to make sure that we are not separating our audience, so that players can earn and get access to the whole world regardless of whether they play on day one or year three.

Gamondo: The game will release next year, but do you have a specific release date yet?

Justin Farren: We have recently announced that Skull & Bones is scheduled to be released in 2019. We will share the specific release date later in the campaign.

Gamondo: Will it release as a full game or as an early access title?

Justin Farren: You can register for the live phases on skullandbonesgame.com and we want to have multiple live phases as we start to go live, so that we can learn about how players are playing the game and what their expectations are to make sure that we have a smooth launch. Those things will happen well before our actual target launch date.

Gamondo: We also want to know about cross servers since a lot of people want to play with their friends on different platforms.

Justin Farren: It’s a little early to know but we are trying to make sure that the game is a strong experience on whatever platform people buy it. Whether you prefer to play on Sony’s PlayStation or Microsoft Windows or Xbox that experience should be really maximizing the strength of those consoles or the PC, so that whatever the player loves about their preferred platform is enhanced or at least taken into account when we develop it. We are not porting our game, but rather are simultaneously developing it for each platform.

Gamondo: With a different development team?

Justin Farren: Our team is a big team and we have people that are working in multiple studios helping us to make sure that we can launch simultaneously on all platforms. 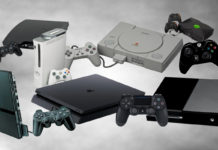 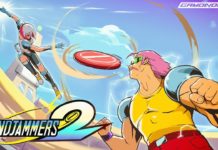 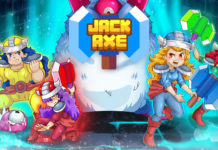 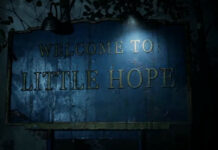 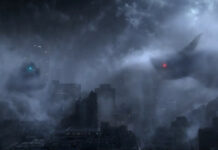 Kostenloses Dynamisches PlayStation 4 Theme von The Last Of Us 2